Interview with the author of Unexpected Rewards 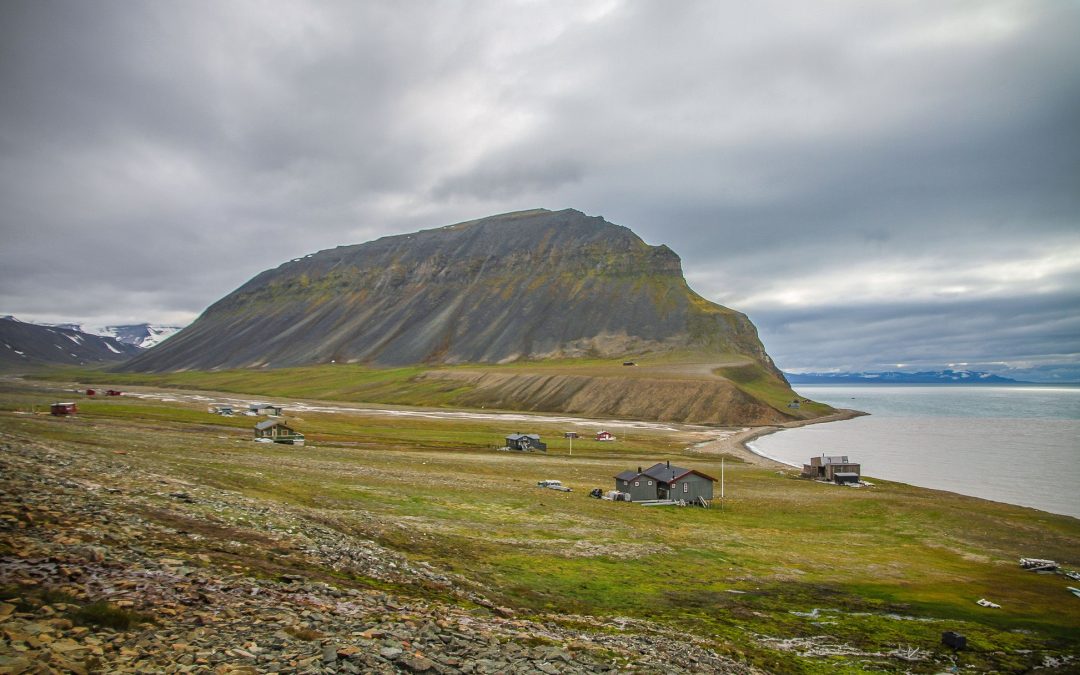 Maureen T Corrigan is a former medical doctor and health administrator who has travelled extensively throughout the world, including to remote destinations like Greenland and Antarctica.

In her book, Unexpected Rewards, she writes about her trip to Norway, where she travelled up through the Norwegian Arctic and then onto Svalbard.

Maureen’s story is very unique, because unlike many travellers who visit these places, she has MS and relies on a mobility scooter to get around.

I have been fortunate enough to interview Maureen and discuss her trip and her book.

Aaron: So what inspired you to go to Norway and then Svalbard in particular?

Maureen: Seeing polar bears in their natural environment got me going at first. But it was also going somewhere that was completely different and had an edge or a challenge to it. The scenery in particular I’d read was spectacular in both places.

Aaron: In the first part of the book you detail several logistical struggles you faced, what would you say was the most difficult challenge you had to overcome?  What was the biggest problem you faced using your scooter?

Maureen: Trying to do the Norway in a Nutshell side trip with its different parts was the most difficult. It was supposed to show the best Norway had to offer in a few days including the famous Flam railway and a heritage listed fjord. I really wanted to do it and when I was repeatedly told I couldn’t it was like a red flag to a bull! I was determined to do it. In fact the original title of the book was ‘The Nutshell’. I was thrilled to be able to do it in the end.

There weren’t really any big problems once we were on our way.  If something came up we just found a way around it. Sometimes despite all the planning and checking things can still go wrong at the last minute, such as it did when the lift was out of operation at exactly the time we needed to use it to get to the platform where the fast train to the airport for our flight was leaving.

Aaron: At any point did you question whether the trip was worth it, or thought about giving up?  Or perhaps wished you had chosen to visit a more disability-friendly destination?

Maureen: No, never. I believe anything is possible you just have to organise it.

Aaron: Most of us will only see places like Arctic Norway and Svalbard on TV or in pictures, what is it like actually being there ‘in the flesh’?  Can you tell us more?  Where did you go, what did you see and what did you do?

Maureen: After a stopover in Oslo we flew further north to Longyearbyen, the closest town to the North Pole, in the Svalbard. From there we sailed on an expedition cruise to other areas on the island of Spitsbergen where we did see polar bears, saw-toothed edged mountains, pink tundra flowers and fabulous glaciers. We then took a few days to cruise across open sea to the coast of Norway and the northernmost point on the European mainland. The ship continued south stopping at a variety of ports and anchorages and going in and out of glorious fjords. Travelling down to Bergen we saw towns, tumbling waterfalls, green farmlands, quaint fishing villages and multiple bridges keeping communities connected across a myriad of islands. I got off at every port, mostly on my scooter, often happily carried over water in rubber zodiacs, but occasionally with just my two walking sticks.

Aaron: What was your favourite destination?

Maureen: Magdalenefjord in the Svalbard – sitting on the rocky beach with the tour guide, rifle over her shoulder, keeping watch on the polar bears across the water in the distance, surrounded by three glaciers. I took my favourite photo there and put it on the front cover of the book. Whenever I see the photo it takes me back to that special place.

Aaron: You met a lot of people throughout your trip, could you tell us about some of them?

Maureen: I did meet very interesting people from so many different countries. The most memorable was meeting two keen German travellers named Thilli and Anni. In the year after the trip we met up with them again in Germany where they showed us around on a wonderful two-week trip of Bavaria. We continue to meet up with them once a year somewhere in the world.

Showing that the world really is a small place, I ran into my old tennis partner from my teenage years on the same train in Oslo where he was over visiting his son. He was helping us lift the scooter over the gap at the train platform when he saw my name on a tag on the scooter. Turning around saying ‘Are you the same … ?’ Yes!

Aaron: Would you recommend anyone with similar mobility issues to visit the places you did?  A lot of the facilities and locations you visited weren’t geared up for people with mobility issues.  Do you think any improvements will be made in the future?

Maureen: Yes get the gear and go visiting! I had a scooter, a walking stick and fortunately an able travelling companion and that all worked out well for me. I hope they’ve fixed that ramp in the Oslo bus that broke off when I tried to use it! There might be better information available for people now travelling with accessibility needs and that would be a good thing. It’s hard however to have a set of information that suits everyone because everybody’s mobility needs are different. It was hard for me sometimes to get clear answers to my questions before I left. Responses such as ‘it’s not far’, ‘it’s only a few stairs’ and ‘yes there’s a shower’ but with the last one it could be over the walls of a bathtub to climb over. Having more walk-in, stand alone showers in hotels would be great.

Aaron: Do you have any tips for fellow travellers, with or without a mobility scooter, visiting these destinations?  Are there any unexpected expenses or other issues people may need to look out for?

Maureen: Find a seat in the Flam railway carriage that has moveable windows that you can slide down to take better photos. The scenery is stunning on Flam rail trip whether you go up or down.

Norway is expensive for meals and drinks when eating out. Find the nearest supermarket and Vin Monopolet for alcohol where all the locals shop. You can put together a good meal from things in the supermarket while the European wines in the liquor store were quality wines at cheap prices.

Go in and see the burial ship, the Oseberg, in the Viking Ship Museum but when it’s not crowded. I turned away, didn’t see it and should have. Burial chambers from the pyramids to whole ships are fascinating insights into past beliefs and what was important then.

The book is about the first trip on my Luggie mobility scooter. It was such a success that I haven’t stopped travelling with it since! I post photos of my trips on Instagram and make sure I include tips and photos of the accessibility of the place. My Instagram name is under Mobility Scooter Travel as maureen_tc